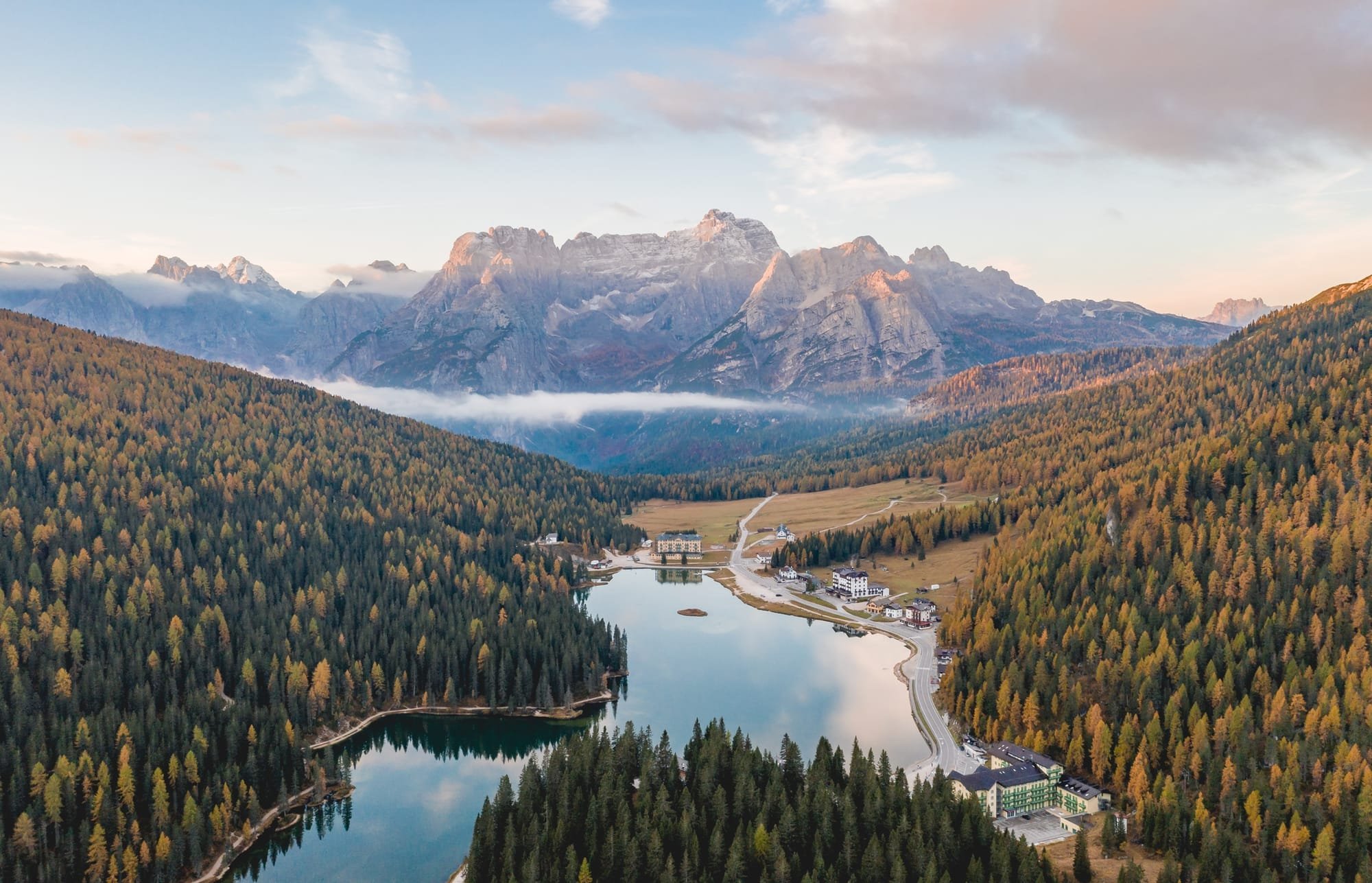 The Arabic word ‘Islam’ means ‘submission’, and is derived from a word meaning ‘peace’.  As such, the religion of Islam teaches that in order to achieve true peace of mind and surety of heart, one must submit to God and live according to His Divinely revealed Law.

Islam is not a new religion because ‘submission to the will of God’, i.e. Islam, has always been the only acceptable religion in the sight of God.  For this reason, Islam is the true ‘natural religion’, and it is the same eternal message revealed through the ages to all of God’s prophets and messengers.  The main message of all the prophets has always been that there is only One True God and He alone is to be worshipped.  These prophets start with Adam and include Noah, Abraham, Moses, David, Solomon, John the Baptist, and Jesus, peace be upon them all.  God says in the Holy Quran:

“We did not send before you (O Muhammad) any messenger but We revealed to him: ‘none has the right to be worshipped except I, therefore worship Me.’” (Quran 21:25) 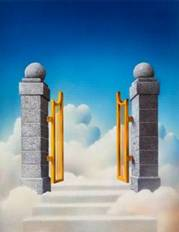 However, the true message of these prophets was either lost or got corrupted over time.  Even the most recent books, the Torah and the Gospel were adulterated and hence they lost their credibility to guide the people to the right path.  Therefore 600 years after Jesus, God revived the lost message of previous prophets by sending the Prophet Muhammad with His final revelation, the Holy Quran, to all of mankind.  Since the Prophet Muhammad was the final prophet, God Himself has promised to preserve His last revealed words so that it is a source of guidance for all humanity till the Last Day.  It is now imperative for everyone to believe and follow this final message from God.  God Almighty says in the Quran:

“We have not sent you (O Muhammad) but to all mankind as a giver of good news and as a warner, but most people do not know.” (Quran 34:28)

“Whoever seeks a religion other than Islam, it will never be accepted of him, and in the Hereafter he will be one of the losers.” (Quran 3:85)

The word “Muslim” means one who submits to the will of God, regardless of his/her race, nationality or ethnic background.  Hence, any person who is ready to submit to the will of God is eligible to become a Muslim.

Benefits of Converting to Islam

There are many benefits of converting to Islam.  Some of them are:

•      One forms a personal and direct relationship with God by worshipping Him alone, without the need of intermediaries.  One feels this personal relationship and is aware that God knows everything and is there to assist him/her.

•      A person realizes the true purpose of his or her life, which is to recognize God and follow His commandments.

•      A person is provided with a light, which guides him/her through life.  The religion of Islam has answers to all situations, and one will always know the right steps to take in all aspects of life.

•      Upon converting to Islam, all of one’s previous sins are forgiven, and one starts a new life of piety and righteousness.  And as a Muslim, when one makes a mistake thereafter, he/she can always repent to God who forgives the sins of those who repent to Him sincerely.  There are no intermediaries or created beings to make confessions to.

•      One achieves salvation from Hellfire, which all prophets have warned against.

•      The greatest benefit is that a Muslim is promised by God the reward of eternal Paradise (Heaven).  Those who are blessed with Paradise, will live eternally in bliss without any sort of sickness, pain or sadness.  God will be pleased with them and they will be pleased with Him.  Even the lowest in rank among the dwellers of Paradise will have ten times the like of this world, and they will have whatever they desire.  In fact, in Paradise there are pleasures that no eye has ever seen, no ear has ever heard, and no mind has ever thought of.  It will be a very real life, not spiritual only, but physical as well.

How to Convert to Islam - The Testimony of Faith (Shahada)

Becoming a Muslim is a simple and easy process.  All that a person has to do is to say a sentence called the Testimony of Faith (Shahada), which is pronounced as:

These Arabic words mean, “There is no true god (deity) but God (Allah), and Muhammad is the Messenger (Prophet) of God.”  Once a person says the Testimony of Faith (Shahada) with conviction and understanding its meaning, then he/she has become a Muslim.

The first part, “There is no true deity but God,” means that none has the right to be worshipped but God alone, and that God has neither partner nor son.  The second part means that Muhammad was a true Prophet sent by God to humankind.

To be a Muslim, one should also:

- Believe that the Holy Quran is the literal word of God, revealed by Him.

- Believe that the Judgment Day (Resurrection Day) is true and will come.

- Believe in the prophets that God sent and the books He revealed, and in His angels.

- Not worship anything nor anyone except God.

It is that easy!  To hear the Testimony (Shahada), click here or click on “Live Help” for immediate assistance by chat.

The conversion can be done alone, but it is much better to do it with the help of one of our advisors through the “Live Help”, so we may help you in pronouncing it right and to provide you with important pieces of information and advice that is especially prepared for new converts, to help them get started with their newfound faith.

Alternatively, we can call you over the phone to help you with the conversion process.  In this case, please leave us your phone number and the suitable time to call through our Contact Us form.

You are Not Alone

If you have followed the guidance above and converted to Islam by yourself, then rest assured that you are not alone, rather the same faith is shared by 1.7 billion people.  We highly recommend that you inform us now through the Contact Us form or through the “Live Help”, so that we can provide you with useful resources and advice, suitable for you as a new Muslim.

We congratulate you on your decision, welcome you to Islam, and will try our best to help you in any way we can! :)

Some people may postpone their conversion to Islam, though they believe it to be the true religion of God, due to some misconceptions.  They may think that things like changing their name, knowing some Arabic, informing others of their conversion, knowing some Muslims, or not having committed many sins, are conditions for conversion – however the reality is that none of these are valid excuses for delaying the conversion.

If you would like to learn more about these and other similar misconceptions, please read the article, “I want to be a Muslim but... Myths about Converting to Islam (3 parts)”.

For Those Not Yet Convinced

Islam claims to be the true way to God.  What makes one religion valid over other ideologies is the proofs it offers for its truthfulness.  Hence, one needs to look at these proofs, weigh them and take an informed decision.  One needs to be sincere in one’s endeavour and above all seek the help of the Almighty to guide him/her to the right path.

If a person is still not convinced of the truthfulness of Islam, then he/she can further look at the proofs Islam offers.  Islam offers overwhelming proofs of its truthfulness and is the only religion that completely appeals to common sense.

Some of the proofs Islam offers are: the scientific proofs in the Quran, the miracles performed by the Prophet Muhammad and the prophesies of his coming in previous scriptures, the foretold events mentioned in the Quran that later came to pass, the unmet challenge of the Quran to bring even a chapter like it, and the divine wisdom in the laws and teachings of Islam that cover all aspects of life.  To learn more about the proofs of Islam, please check the articles under this section, “Evidence Islam is Truth”.

If you would like to learn more about Islam and its fundamental beliefs and practices, then please refer to the article “What is Islam? (4 parts)”.

Our everlasting life in the Hereafter depends on what faith we choose to follow in this transient life, hence let us give this struggle the priority it deserves.

New Muslim Welcome Gift Box
The Oneness of God
Why I became Muslim?