What is Islams' guidance about fighting terrorism? 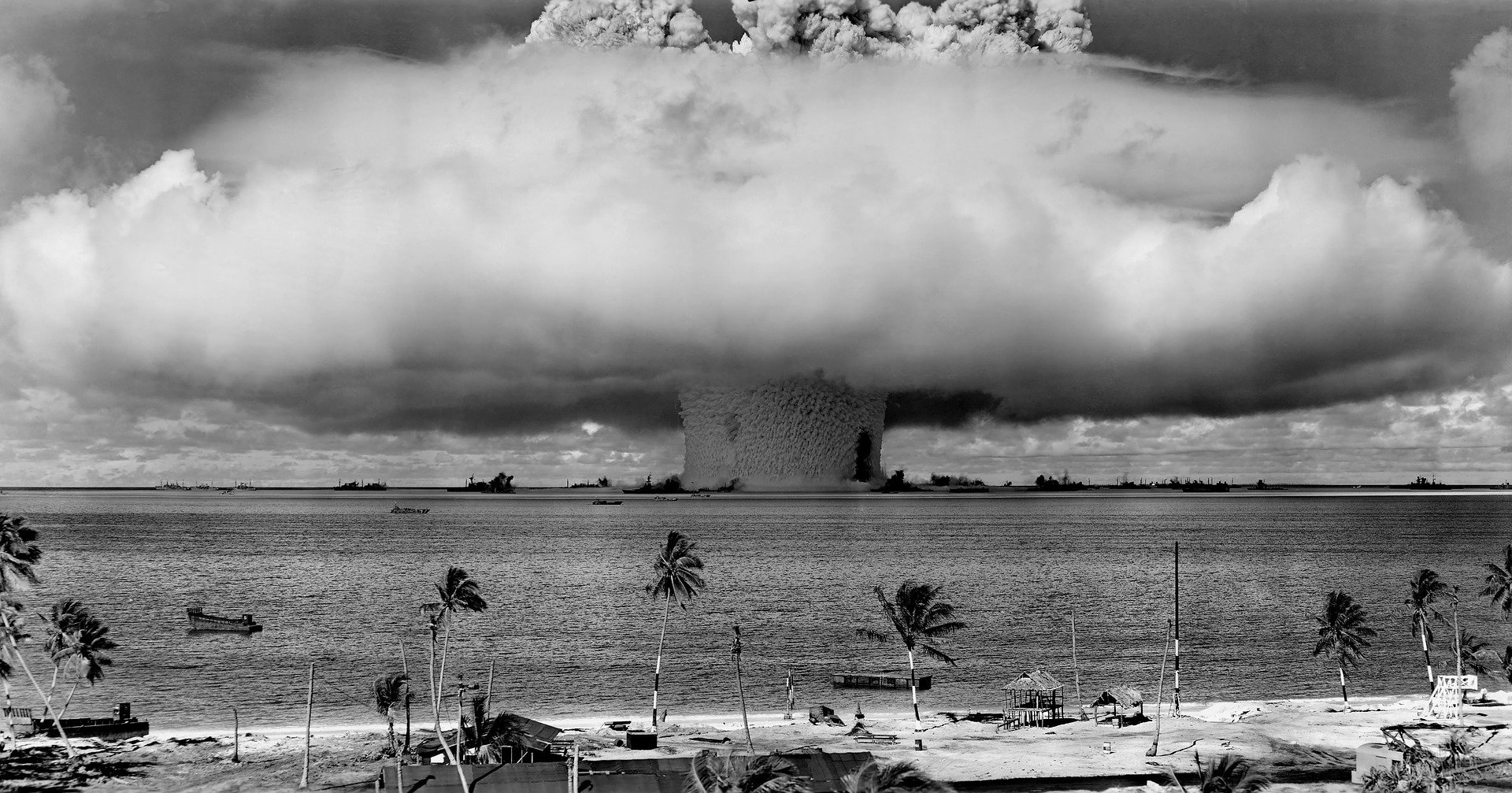 We start by quoting from the Quran :
Whoever slays a soul, unless it be (with legal cause) in retaliation or for terror in the land, it is as though he killed all of mankind: and whoever saves a life , it is as though he saved all of humanity;
5:32
(Here we point out that one of the reasons someone can in fact be given capital punishment in Islam, is in fact terrorism: "or for terror in the land".)

There is no doubt that around the world today with wicked acts being carried out by some splinter groups claiming to be of the Muslim community, we can be in no doubt that we are in times of strenuous trials and turmoil. Much of the focus of blame is upon Islam due to the actions of those deviants who have distorted its teachings to suit their own agendas; but is this true ?


Despite the lies espoused from the mouths of those in extremist sects and also from those sensationalists in the media, Islam has always stood firmly against all forms of extremism, in fact it is the strongest ideology in opposition to extremism. The statement may seem shocking to those who have not read and studied the Islamic texts , having only been exposed to the lies propounded about Islam; but let us evaluate. The often quoted texts of Islam whose meaning has been distorted beyond all perception are in fact proofs against extremism and not for it as we shall explore and elucidate God willing.

We start with an often grossly misquoted and distorted portion of the Quran, the quote : and kill them wherever you find them.. Which indeed sounds shocking and horrifying when looked at in extraction, however let us look at the passage in question in its true translated meaning and then look at the context:


"And slay them wherever you encounter them, and drive them out of the places from whence they drove you out, for trial through persecution is worse than slaughter. And fight not with them at the Inviolable Place of Worship until they first attack you there, but if they attack you (there) then slay them. Such is the reward of the disbelievers"

Note that it is often translated as wherever you find them but the meaning here is encounter ; meaning those you encounter trying to fight you in hostilities. This is merely defence, something 'enshrined' in international law.

When misquoted in isolation it can obviously seem grotesque but this can be done with any text whether religious or otherwise, taking half a sentence of even the most peaceful person can be distorted in such a manner, if it was calling for wanton murder then the hatred of Islam would be justified however this passage was revealed about repelling those who were persecuting, torturing, fighting and killing the Muslims, the Muslims were then given permission to fight back, whereas before they were not allowed to use combative resistance and only permitted to resort to non violent means and as the lands were holy and sacred lands the companions of the Prophet peace and blessings be upon him were concerned with shedding blood on such land even though they themselves were under attack. In fact the preceding passage (ayah) mentions
"And fight in the way of Allah with those who fight against you, and do not exceed the limits, surely Allah does not love those transgressors who exceed the limits."
Yet time and time again this is glaringly omitted; this is permission to fight back not permission to slaughter innocent people as extremists or some media outlets would have you believe; this principle is found in international law, why then the duplicity and covering of truth from parts of the media?

We have in the new testament a quote from Jesus telling His companions to buy swords, (May God Almighty send peace and blessings upon Him). Are we going to hold this to the same standard? Or the alleged parable in Luke where He commands His companions to execute

“But those mine enemies, which would not that I should reign over them, bring hither, and slay them before me.”  Luke 19:27 King James version of the Bible

If someone is arguing from a secular viewpoint then what of all of the wars in the last century from Stalin to Hitler, Bush and Blair which of them is Muslim? Which of them killed for faith? which nation dropped the atomic bomb?

And why are these people ignoring the context to justify extremism when the prophet Muhammad spoke against it and indeed against the adherents of extremism himself?(May God Almighty send peace and blessings upon Him)

There is another passage often misquoted in Surah Taubah, however yet again the previous caveats are omitted and purposefully ignored as is the context also, which is rather perplexing when the chapter starts by the announcement of severing of the treaties made with the persecutors who had treacherously broken it, these were people who tortured women and slaves in the scorching sun at 50 degree centigrade temperatures, who had killed a woman by inserting a spear through the most intimate part of her body. Indeed the discerning and inquisitive mind cannot fail to realize the intent behind such malicious omissions.

Obviously yet it has become a necessity to make this abundantly clear there is absolutely no permission to target civilians in Islam neither of those whose government is at war with a Muslim land nor those people who are inclined to peace. It is not that Muslims have been silent on this but that the media has chosen to ignore the voices speaking out from almost every mosque in the world and indeed the narrative of true Islam.
Here it should be mentioned that it is not allowed in Islam to have a war without just cause, that much of what is apparent in our time is not from Islam but from deviants who high-jack the name much like the KKK who purport to be Christians. Islam does not encourage splitting into factions or actions of lone renegades, and nor does it condone oppression. We are in times of trials and that requires patience and deliberation, rushing to conclusions  certainly is not the manner to seek solutions to our problems in the world today.


So how is Islam opposed to extremism ?

We start by quoting from the Quran :

Following are only a few quotes against extremism from Islam's core texts of Hadith or reports from or about the Prophet (Almighty God send him peace and blessings) the following quotes are authentic.

"Those who go to extremes are doomed" repeating it thrice. Muslim
Do not be people without minds of your own, saying that if others treat you well you will treat them well, and that if they do wrong you will do wrong to them. Instead, accustom yourselves to do good if people do good and not to do wrong (even) if they do evil.” (Al- Tirmidhi

(Extremists) These would be a people who would recite the Qur'an with their tongues and it would not go beyond their collar bones. They would pass clean through their religion just as the arrow passes through the prey.
Muslim

The Khawaarij (those extremists who kill innocent people etc.) are the dogs of Hell.” Ibn Majah Islam is in fact so staunchly against extremism that in one saying of the Prophet peace and blessings be upon him  he taught us that if he was alive to see such individuals he would eradicate them such as a previously destroyed nation!


"Do good deeds properly, sincerely and moderately. . .Always adopt a middle, moderate, regular course, whereby you will reach your target (of paradise)." - Sahih Al-Bukhari, Volume 8, Hadith 470  He (The Prophet Muhammad) was never given the choice between two things but he would choose the easier of the two, so long as it was not a sin; if it was a sin he would be the furthest of the people from it Narrated by Al-Bukhaari

He (The Prophet Muhammad; during warfare) also forbade the cutting of trees , the killing of women and children and those in houses of worship and killing of animals except for essential food. (Part from Muwatta Imam Malik) Do you want have to kill the animal twice (by scaring it by sharpening the blade) Tabarani The one who kills an innocent person will not smell the scent of paradise Bukhari  “Do not wish to meet the enemy in battle, but if you meet them then be patient.”

“ The Most Merciful (Allah) shows mercy to those who are themselves merciful (to others). So show mercy to whatever is on earth, then He who is in heaven will show mercy to you.”[9]

“He is not of us who has no compassion for our little ones and does not honour our elders.”[11]

“The servant does not reach the reality of faith until he loves for the people what he loves for himself of goodness.”[21]

“There have come to you the diseases of the nations before you: envy and hatred, and hatred is the razor. It shaves the religion and it does not shave hair. By the one in whose hand is the soul of Muhammad, you will not believe until you love one another. Shall I tell you something which, if you did, you would love each other? Spread peace between yourselves.”[23]

“When a man loves his brother he should tell him that he loves him.”[25]

“Love for the people what you love for yourself.”[26]

“The believer is not he who eats his fill while his neighbour is hungry.”[31]


“(God) has revealed to me that you should adopt humility so that no one oppresses another.”[39]

“The strong man is not the one who is strong in wrestling, but the one who controls himself in anger.”[44]
The companions asked the Prophet Muhammad , ‘O God’s Messenger! Is there a reward for us in caring for the animals?” He replied: “There is a reward for caring for any living being.”[48]

“Whoever kills a sparrow or anything bigger than that without a just cause, God will hold him accountable on the Day of Judgment.”[49]

“A prostitute saw a dog lolling around a well on a hot day and hanging his tongue from thirst. She drew some water for it in her shoe, so God forgave her.”[50]


So here we can start to see how comprehensively opposed to extremism Islam truly is and I ask the question is there a religion as opposed to extremism as Islam.
Islam instructs us to be moderate with our spending and even the food we eat, to be kind and gentle and to help one another. It teaches us to spread peace kindness and mercy and we also read how it calls to kindness and mercy even with people who are known to have evil conduct Islam is so comprehensive it concerns the welfare peace security and care for animals also.

Islam is not only opposed to violent extremism but all excessive and negligent behaviour ;
is there another way of life that is as opposed to extremism as this?
In one quote we read that wanting to fight is not encouraged and that is only a last resort after peaceful means of protecting life have been exhausted.

Those of influence in the world would do well to reflect on the above if they indeed are people who desire peace, for extremism of any form breeds only more extremism and extreme reactions only further it's evil. Let us be people of peace and embrace Islam as indeed it is the only way to salvation in this world and the next.